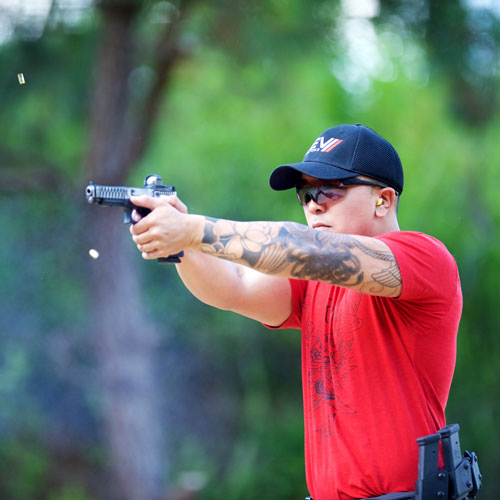 In 2010, Eusebio won the USPSA Handgun Nationals Open and he has won the U.S. IPSC Nationals, IPSC Australasia Handgun Championship and European Steel Challenge Speed Shooting Championship. His first match was at the age of 8. By 10, he had become the youngest USPSA Master, and by 12 the youngest USPSA Grandmaster. By the age of 15, he became the youngest to ever win a world speed shooting title. Shooting is in his blood and he knows what it takes to win.

Eusebio enlisted in the U.S. Army when he was 18, and joined the Army Marksmanship Unit. He honed his skills and taught hundreds of soldiers advanced shooting skills. Today, Eusebio competes across the country and continues to teach marksmanship to shooters from all walks of life.